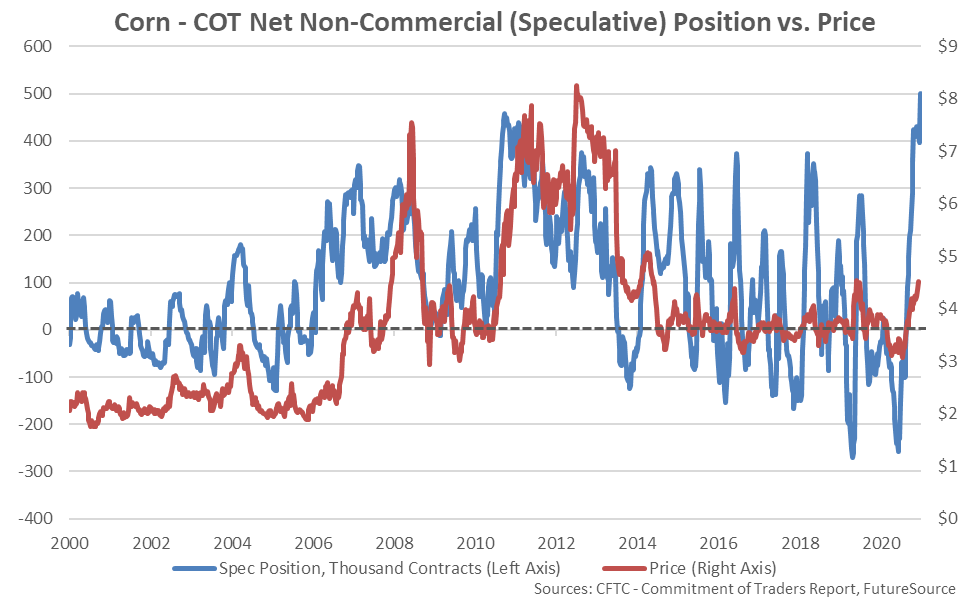 Non-commercial (speculative) soybean positions reached the highest level on record during the first week of Oct ’20 and have remained elevated since. The non-commercial soybean position as of the week ending Dec 29th finished 8.6% below the Oct ’20 record high level but remained 7.4% above levels experienced during early Dec ’20. 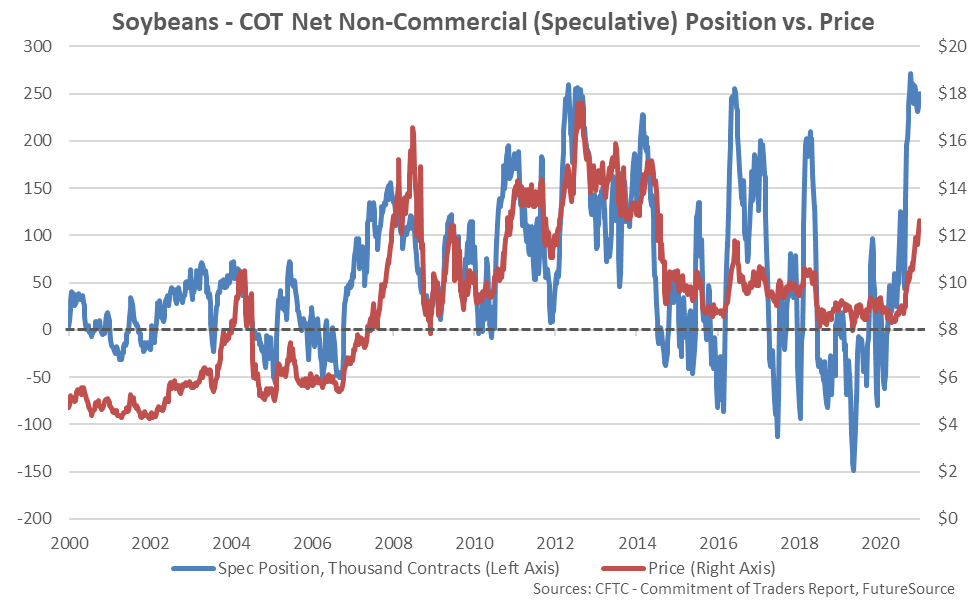