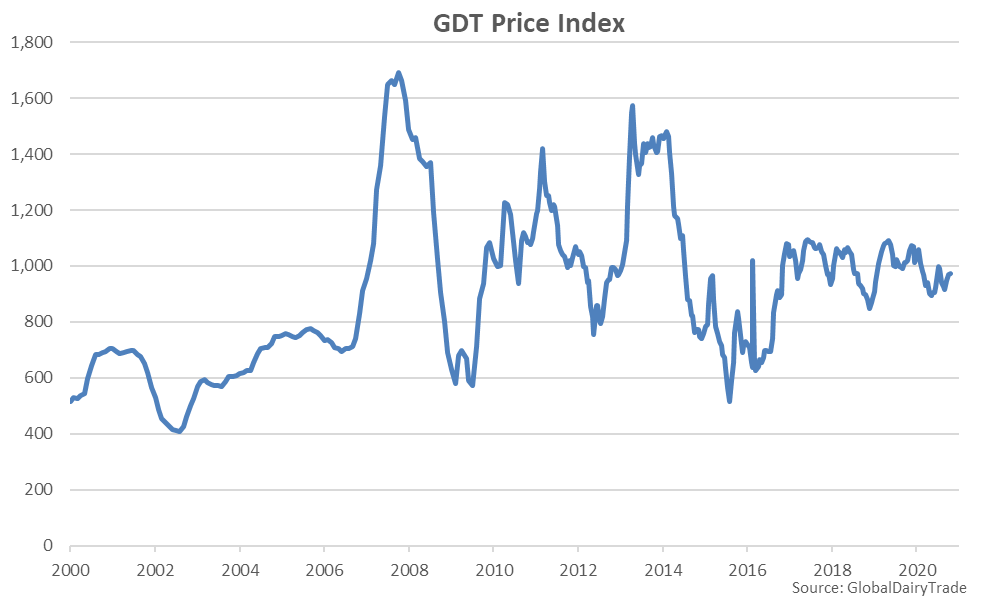 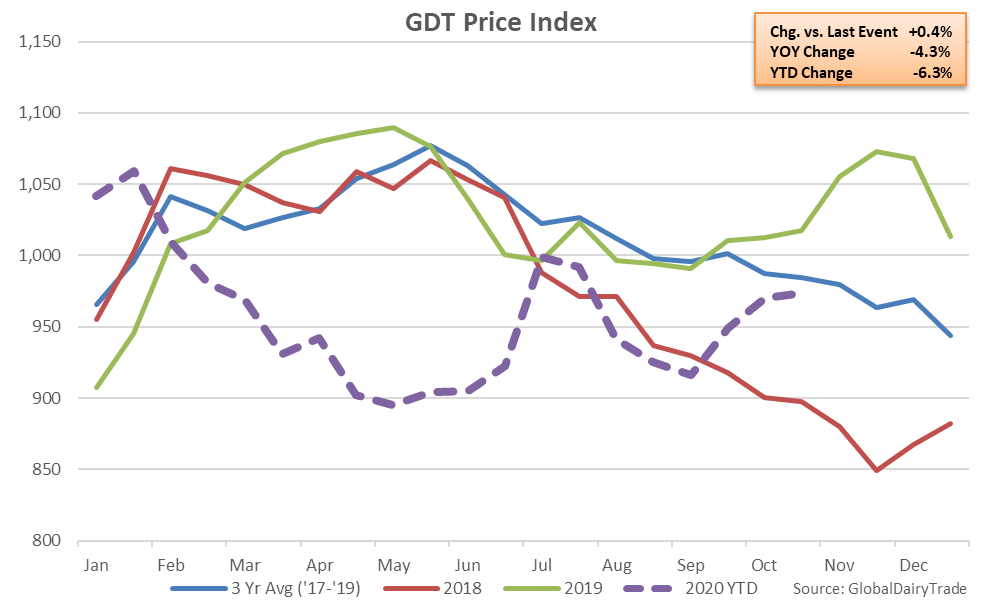 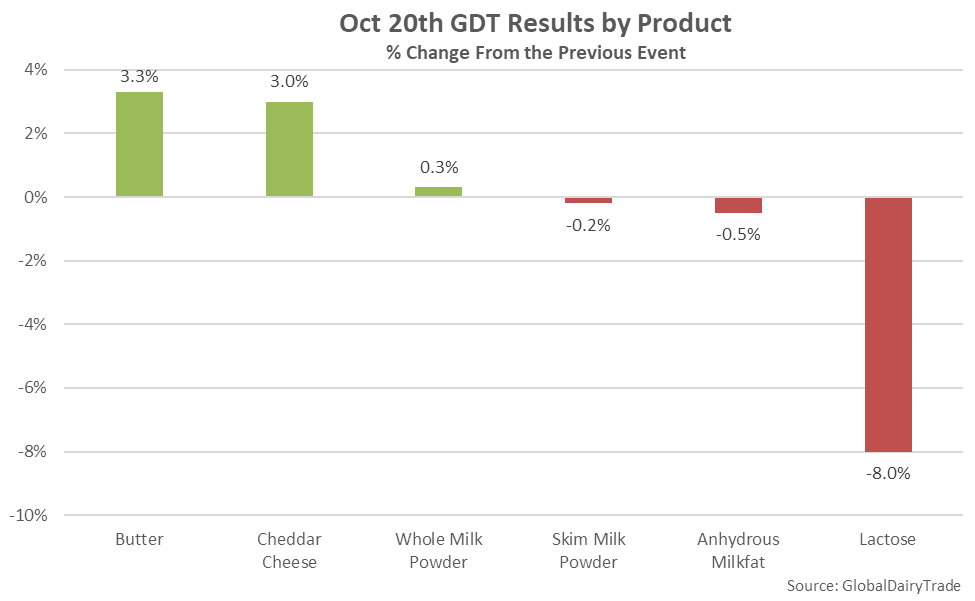 The table below provides a summary of the most recent GDT weighted average winning prices for key products. Butter has been adjusted to 80% butterfat and skim milk powder (SMP) has been adjusted to 35% protein content (equivalent to U.S. nonfat dry milk) in the $/lb columns below. CME spot and average futures prices are based on Oct 19th figures. CME average futures prices are weighted average prices based on the most recently reported percentage of the total quantity sold in each GDT contract period. 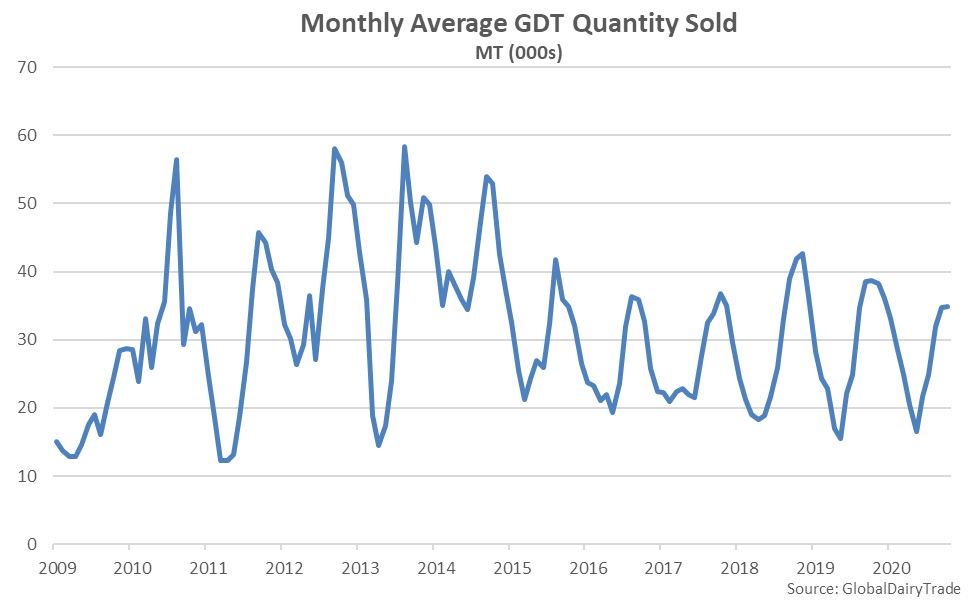 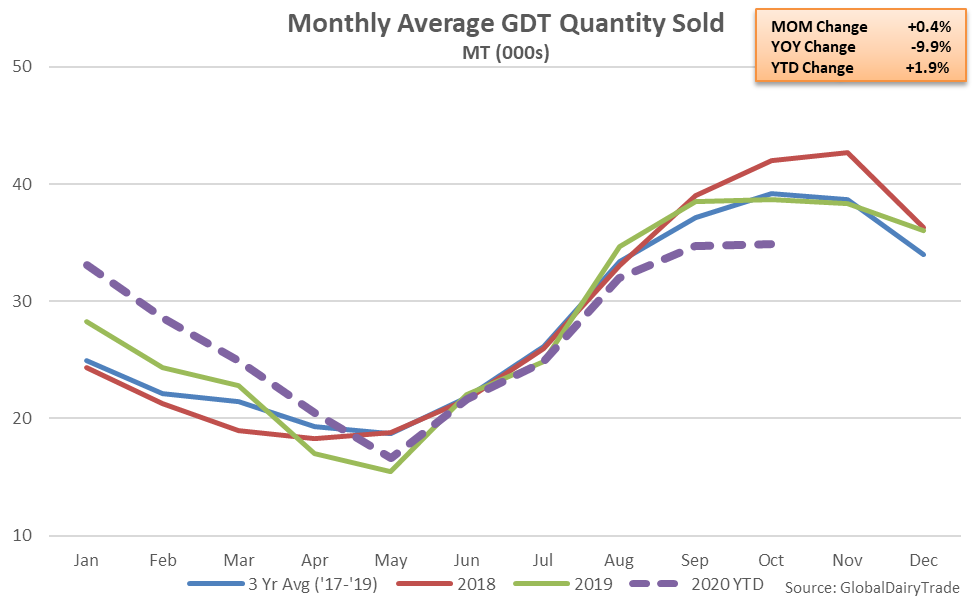 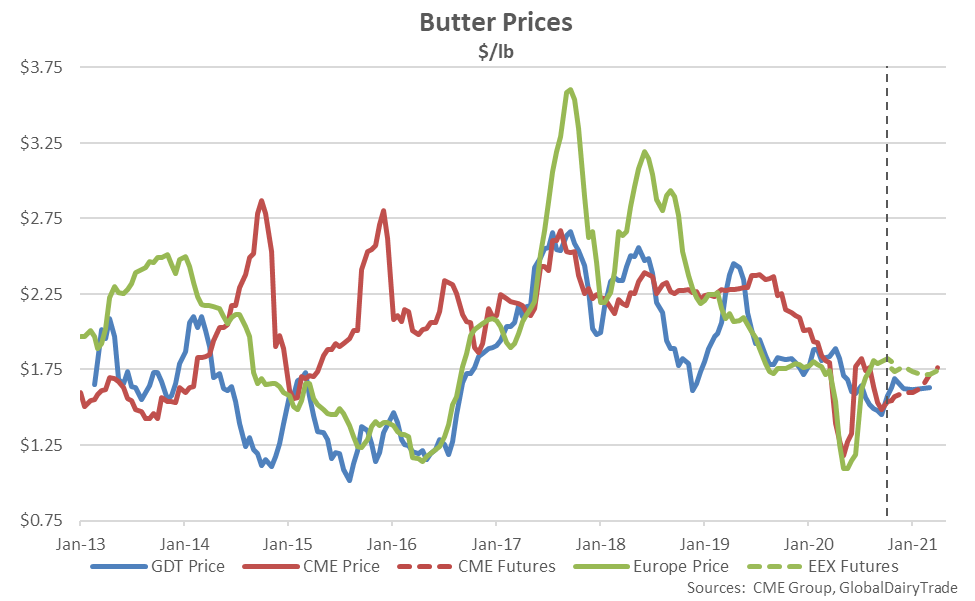 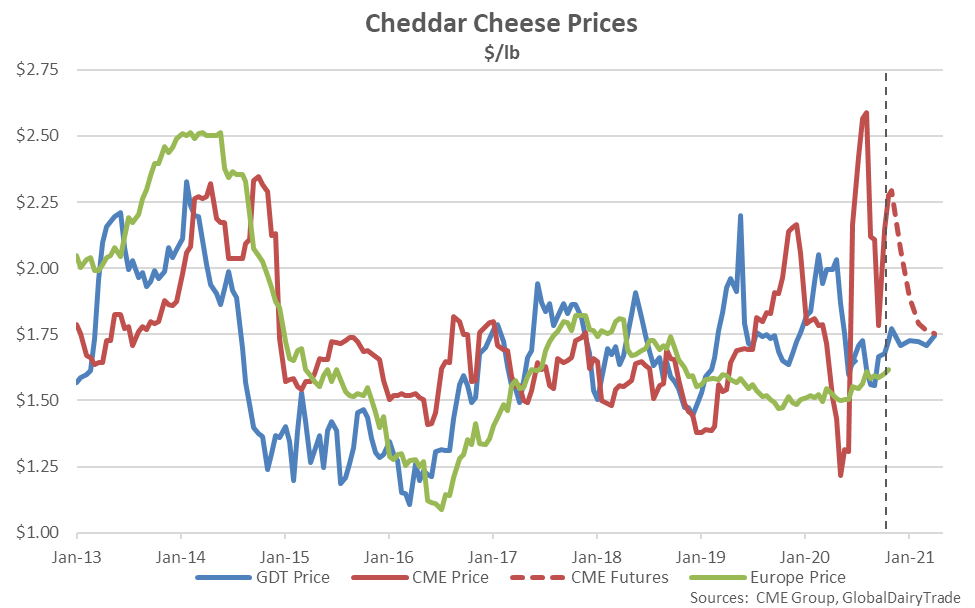 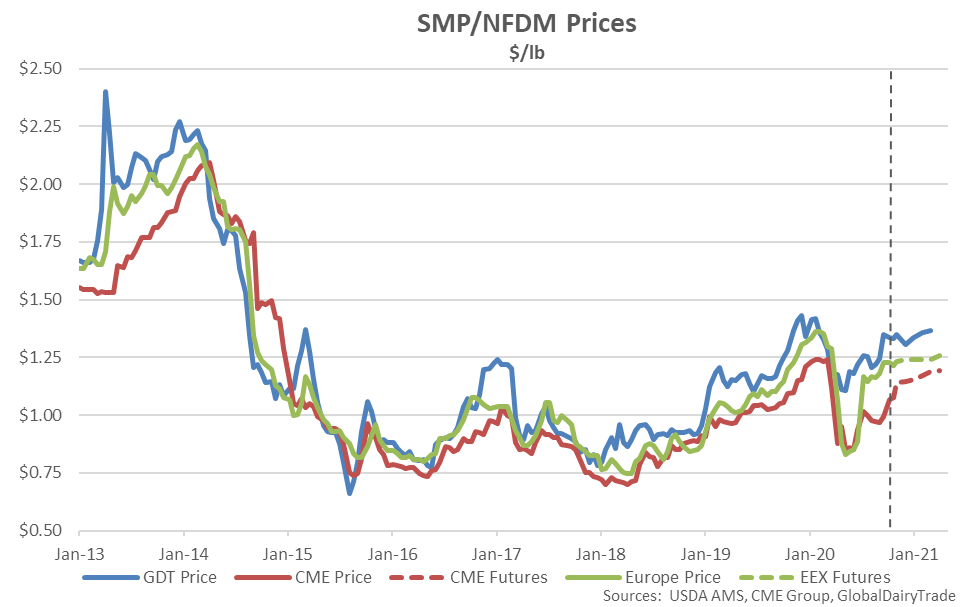