Executive Summary Dairy private storage aid and intervention schemes have been made available to European dairy producers and processors in response to price declines and volatility associated with COVID-19. Highlights through the end of May ’20 include: Private Storage Aid The European Commission reopened private storage aid (PSA) for butter, skim milk powder (SMP) and cheese from May 7th until Jun 30th in response to price declines and volatility associated with COVID-19. PSA is a payment made by the European Commission to processors in return for keeping products in storage and withdrawn from the market for an agreed period of time. In PSA schemes, processors retain ownership of the product but receive payments from the European Commission in return for keeping agreed quantities in storage and off the market. In return, processors are paid a rate of aid set by the European Commission that takes into account storage costs, normal depreciation of quality and any foreseeable increase in the price of the product. Temporary storage costs comprise of a fixed rate per ton, plus a set daily amount per ton. The product remains the property of the operators, who are then responsible for selling it when it comes out of storage. Within the new intervention scheme, subsidies will be provided to help pay for 60 to 180 days of private storage through Dec 26th. No volume limits have been set for butter or skim milk powder, although budgetary limits are in effect. The cheese PSA scheme will be limited to 100,000 MT, which will be allocated per member state based on their respective cheese production levels. Butter PSA stocks reached a three and a half year high of 102,000 tons during Jul ’16 prior to declining throughout the second half of 2016 and early months of 2017. PSA butter stocks have been fully withdrawn throughout the past 35 months up until 36,800 tons were added in May ’20. 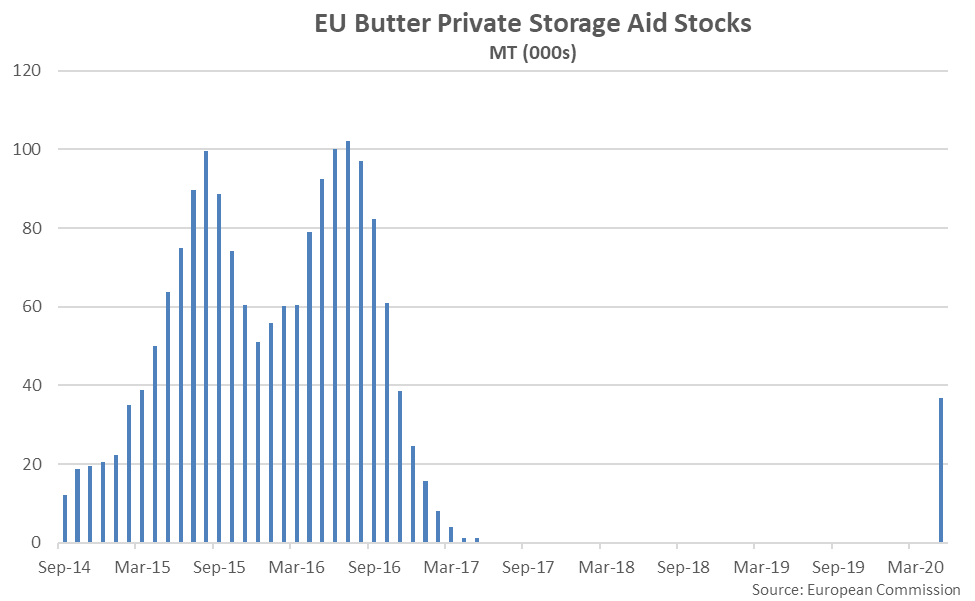 PSA has historically been made available for only butter and SMP however PSA for cheese was reopened during Oct ’15 and again in May ’20, allowing for a maximum of 100,000 tons of cheese to be put into storage at subsidized rates, with additional volume limits for individual member states also in effect. PSA cheese stocks reached a record high level of 40,300 tons throughout May ’20, exceeding the previous high of 33,100 tons experienced during Apr ’16. Individual member state PSA cheese stock limits have been reached for Ireland, Italy, Spain, Sweden and the United Kingdom through the end of May. The aforementioned member states combined to account for over 60% of the recent increase in PSA cheese stocks. 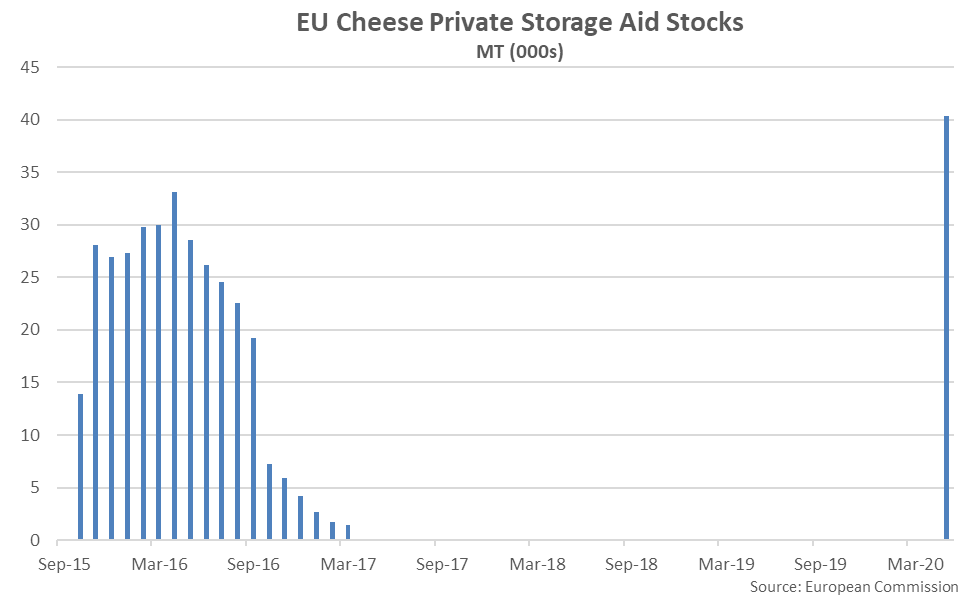 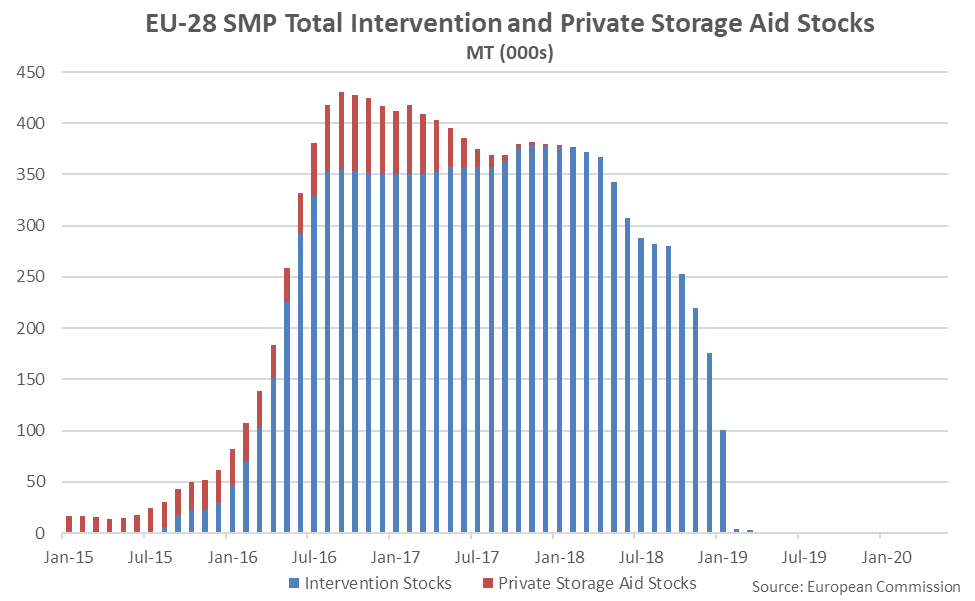