According to the EIA’s December Drilling Productivity Report, U.S. oil output is expected to continue to increase through January. The Drilling Productivity Report uses recent data on the total number of drilling rigs in operation, estimates of drilling productivity, and estimated changes in production from existing wells to provide estimated changes in oil production for the seven key regions shown below. 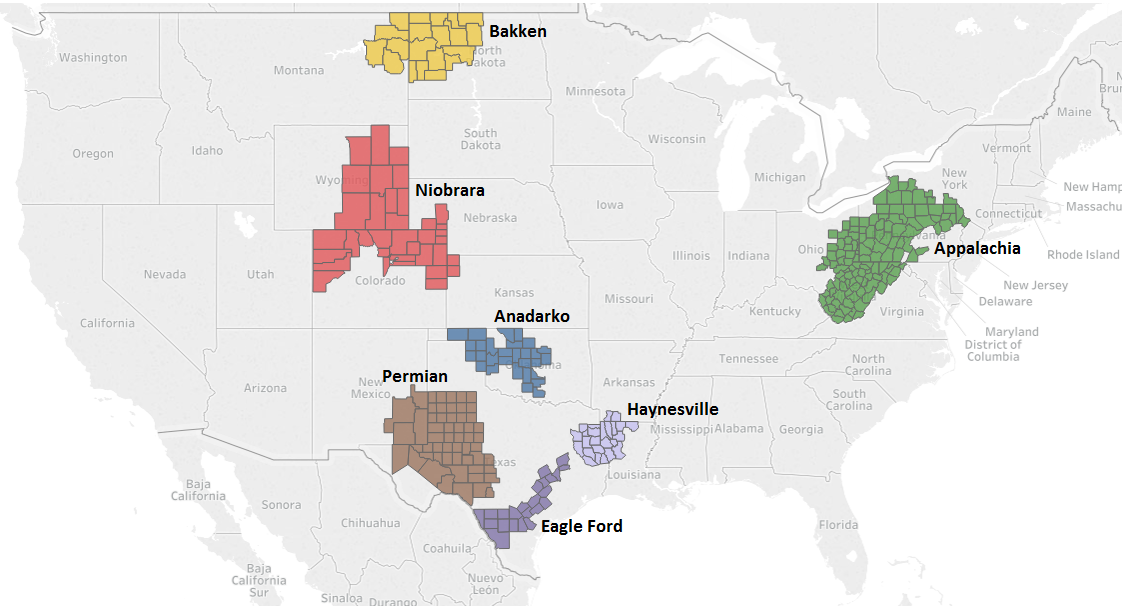 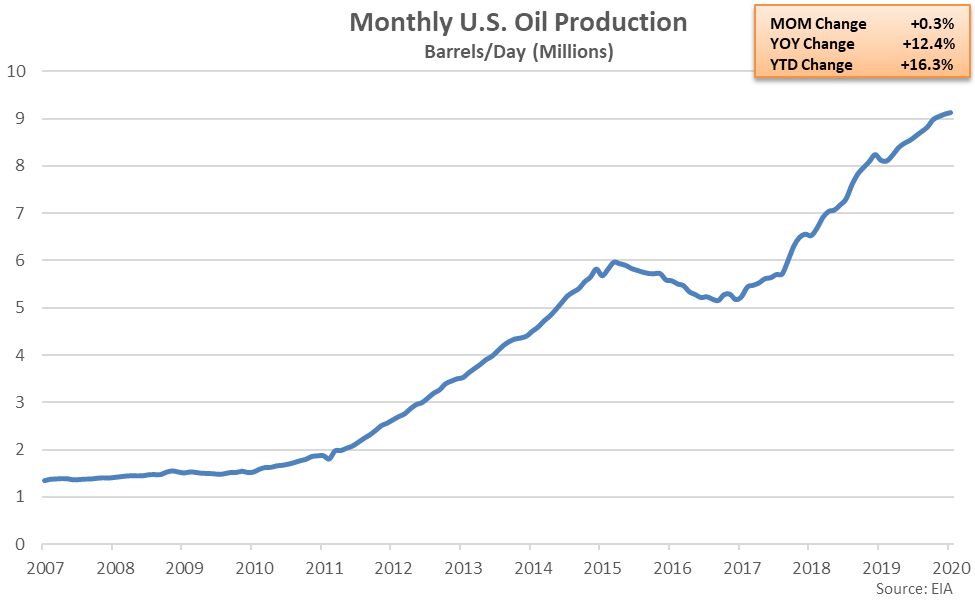 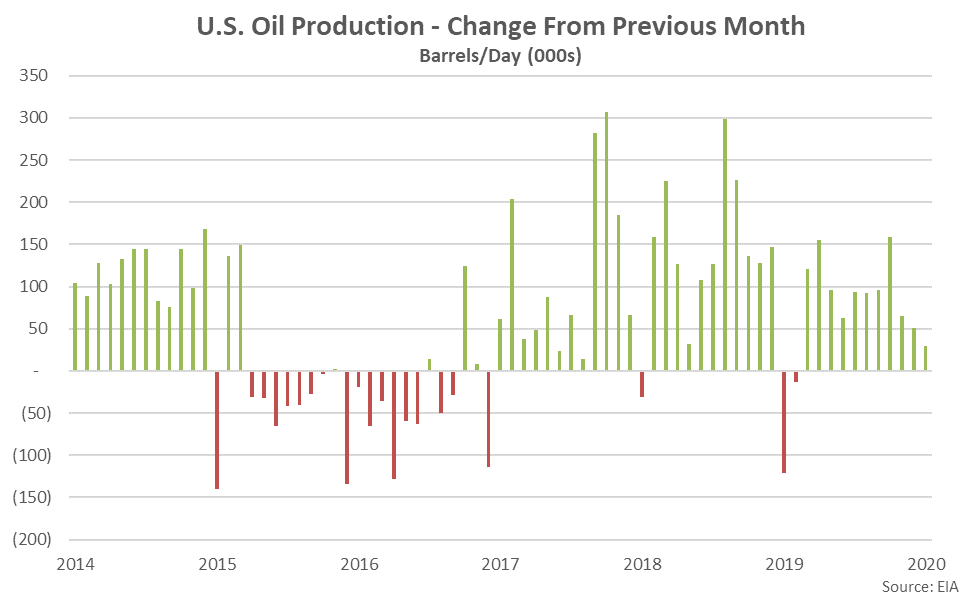 Oil production is expected to remain particularly strong within the Permian region, increasing by 1.0% on a MOM basis and more than offsetting a 0.4% MOM decline in expected oil production throughout the six other key regions. 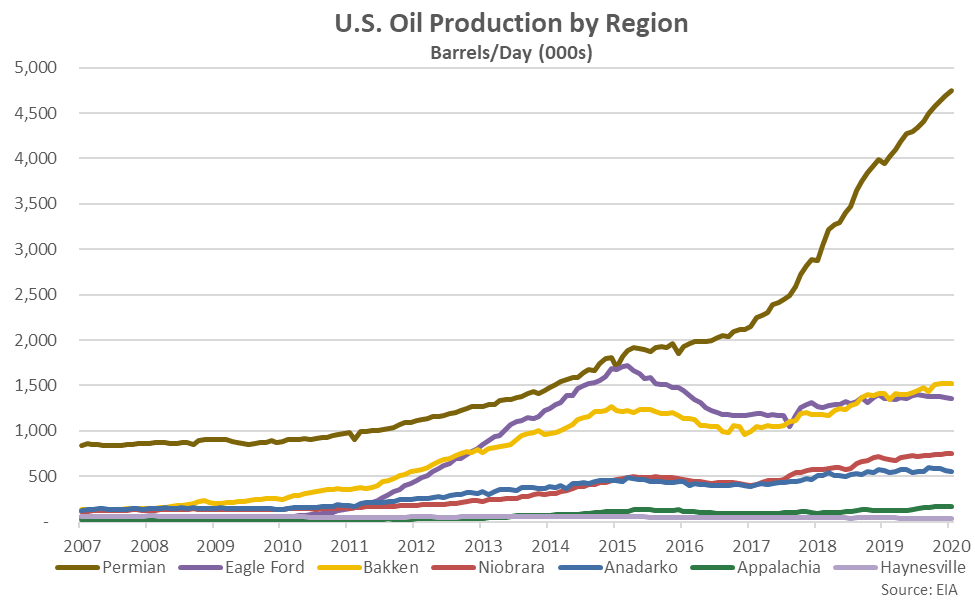 U.S. drilled-but-uncompleted (DUC) wells continued to decline from the Mar ’19 record highs, however, finishing lower for the sixth consecutive month. DUC wells, which have been drilled by producers but have not yet been made ready for production, have been compiled since Dec ’13. The Nov ’19 DUC wells figure of 7,574 finished 1.7% below the previous month, reaching a 13 month low level. The decline in DUC wells was the smallest experienced throughout the past four months, however. 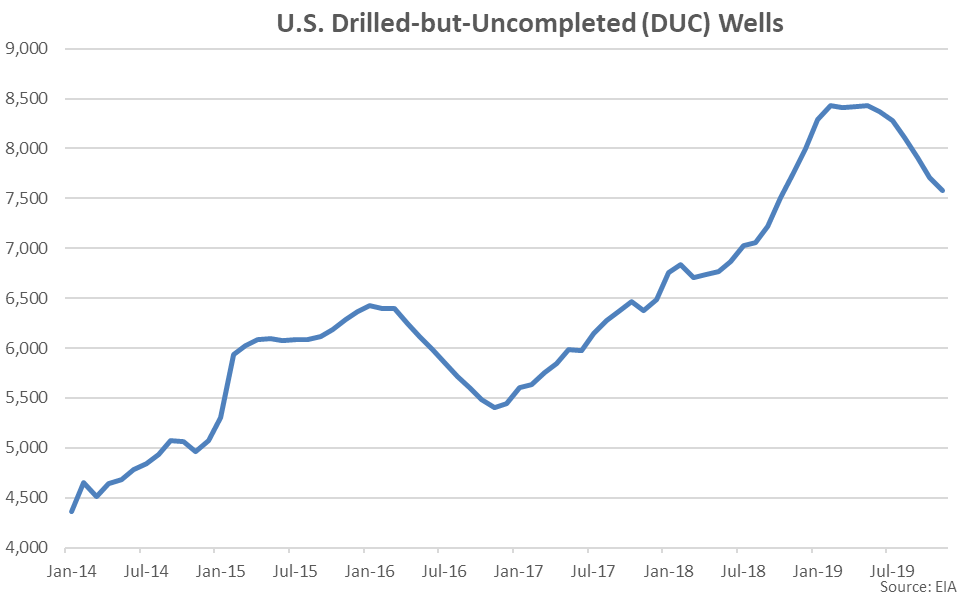 Anadarko DUC wells declined most significantly from the previous month, followed by Appalachia and Eagle Ford DUC wells. The aforementioned regions accounted for over half of the total MOM decline in DUC wells. 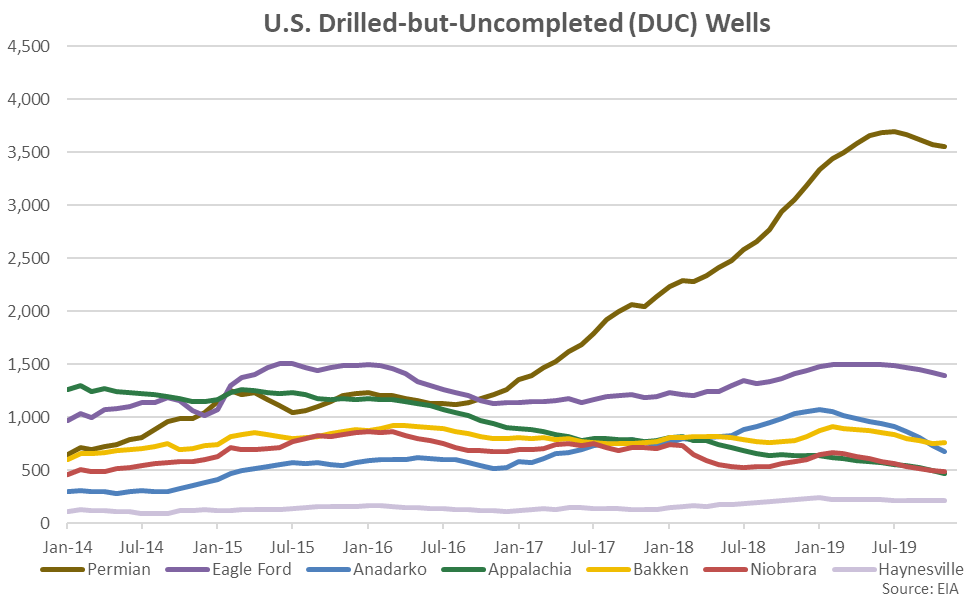