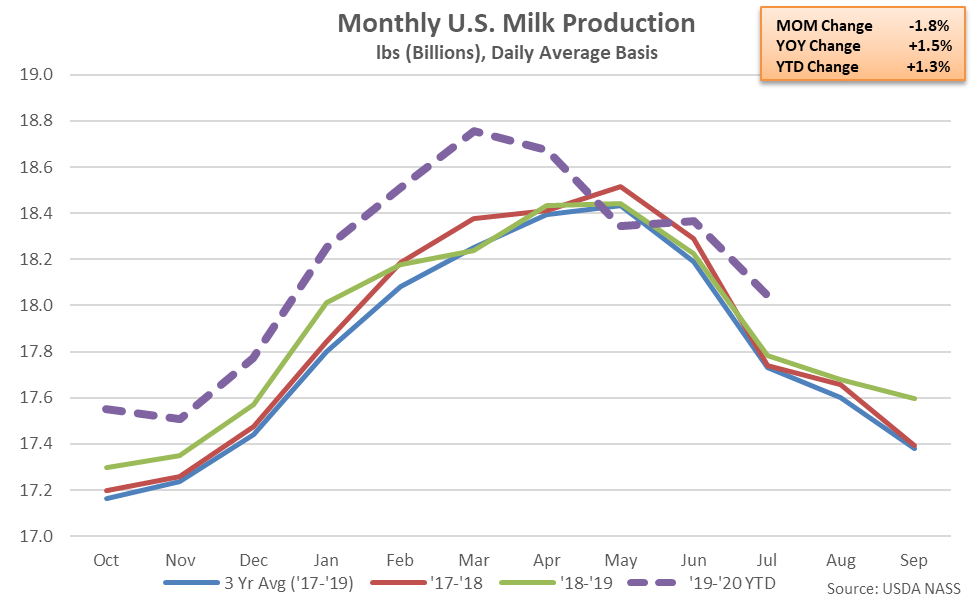 U.S. milk production volumes had finished higher on a YOY basis over 61 consecutive months from Jan ’14 – Jan ‘19, reaching the longest period of consecutive growth on record, prior to declining by a total of 0.3% from Jul ’19 – Jul ’19. Milk production volumes rebounded throughout more recent months, however, finishing higher over 12 of the past 13 months through Jul ’20. The 12-month rolling average milk production growth rate reached a two year high throughout Jul ’20. 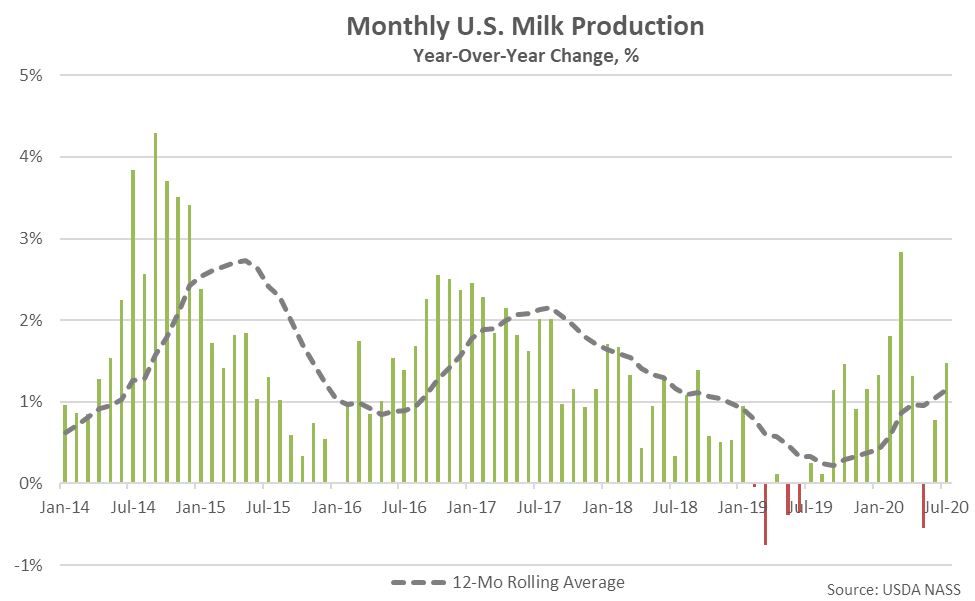 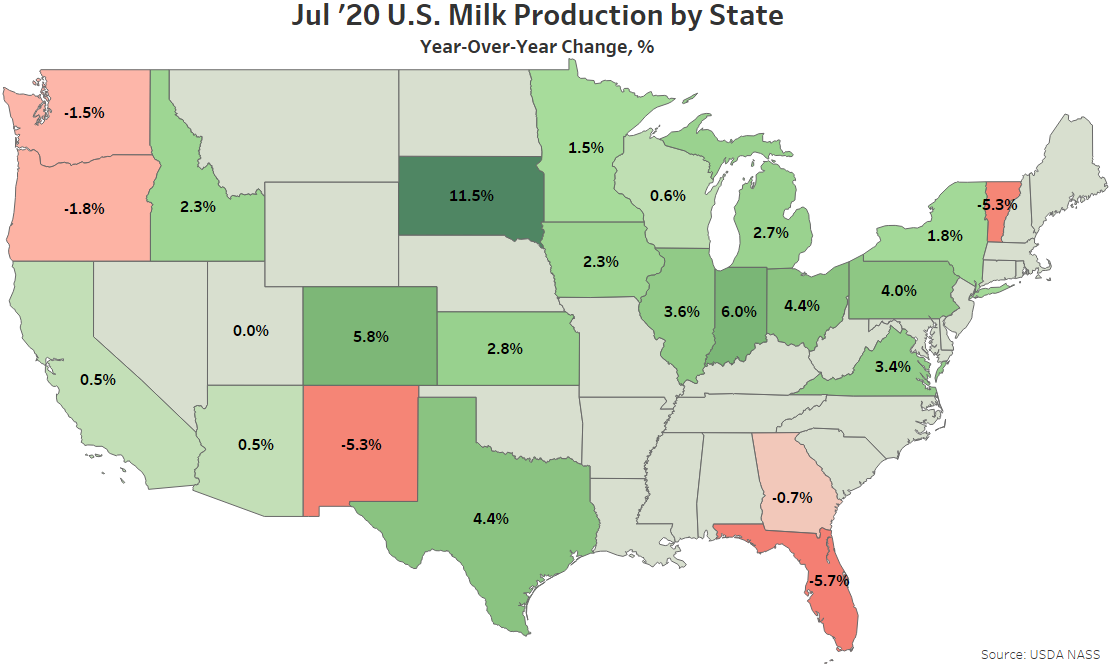 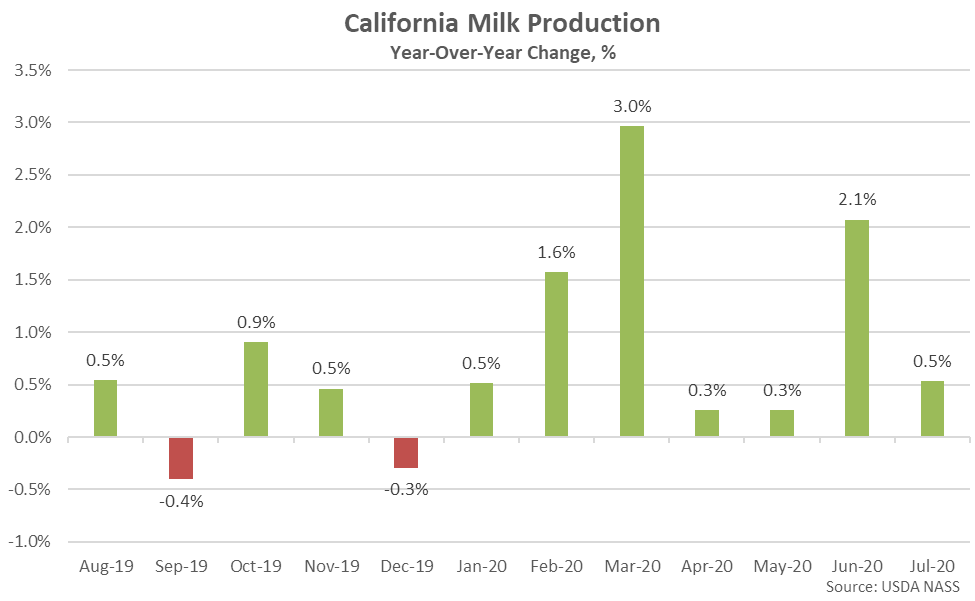 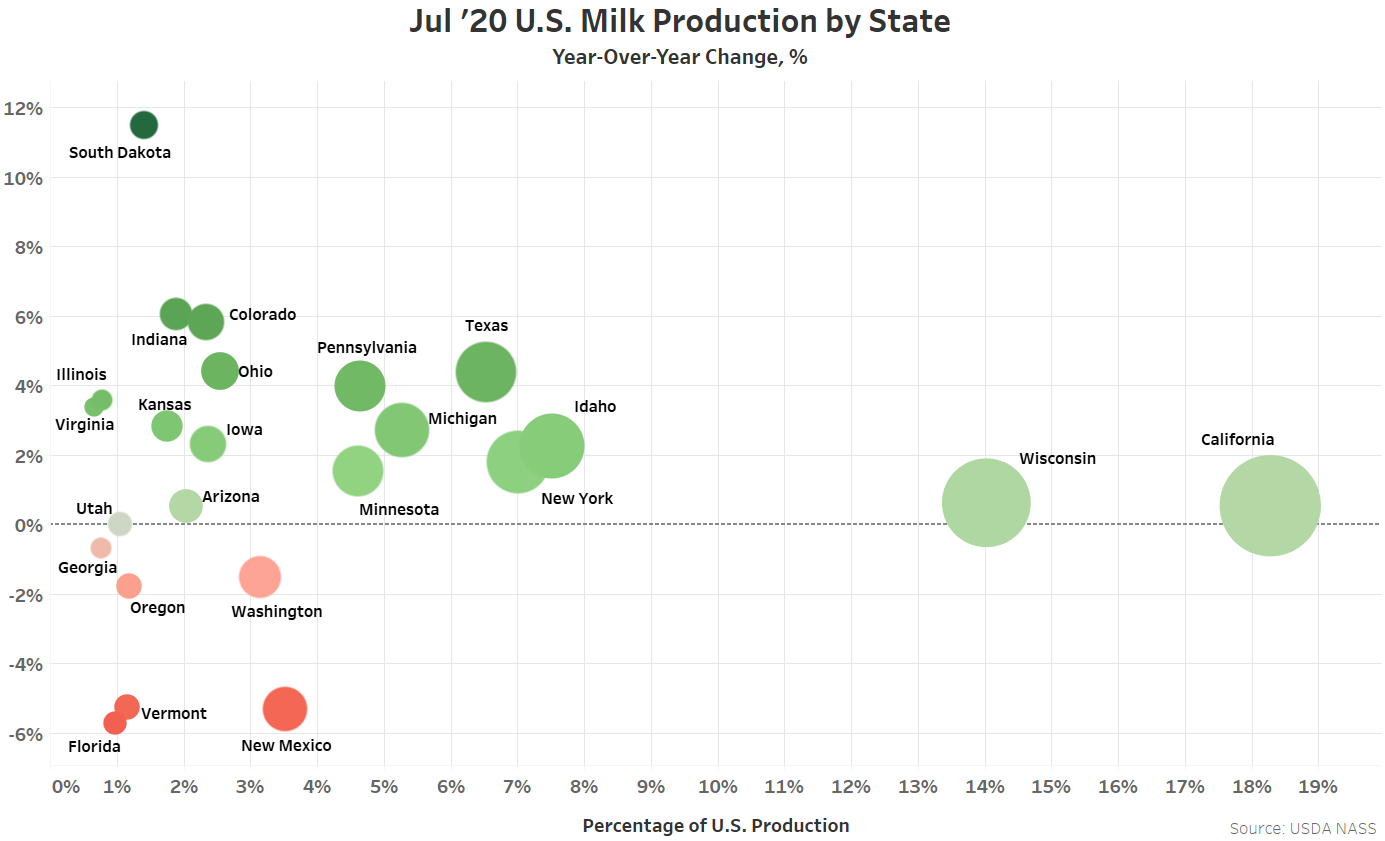 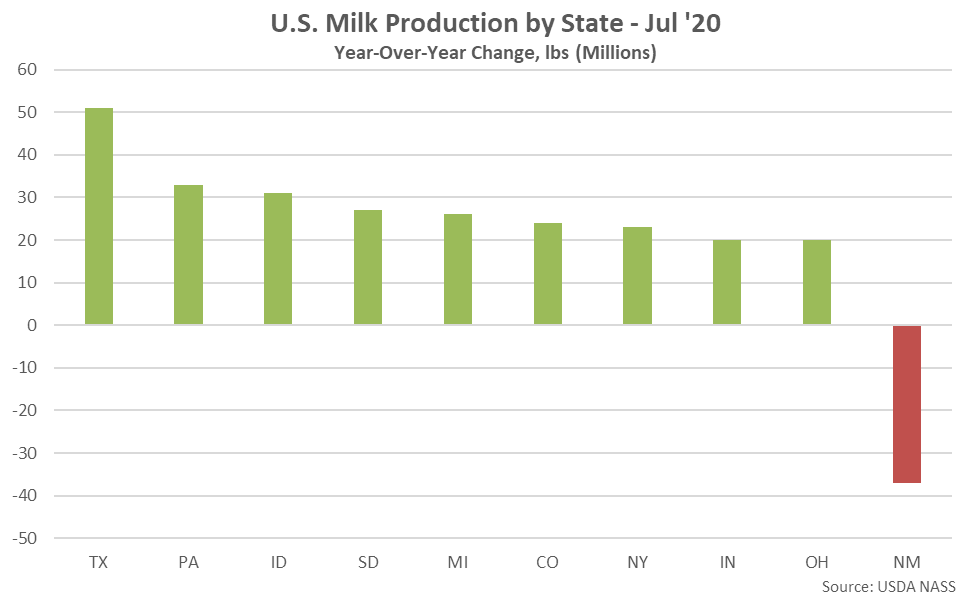 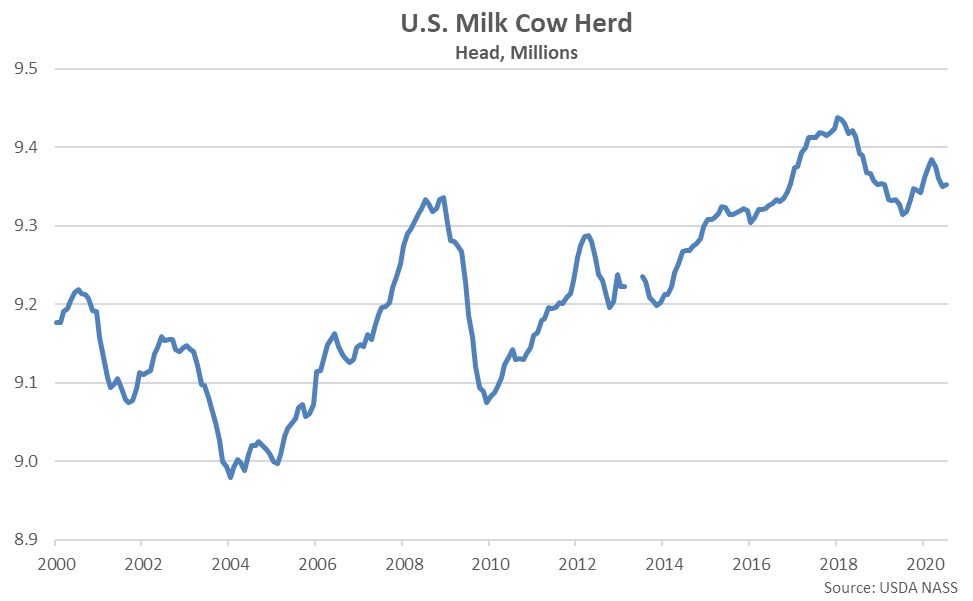 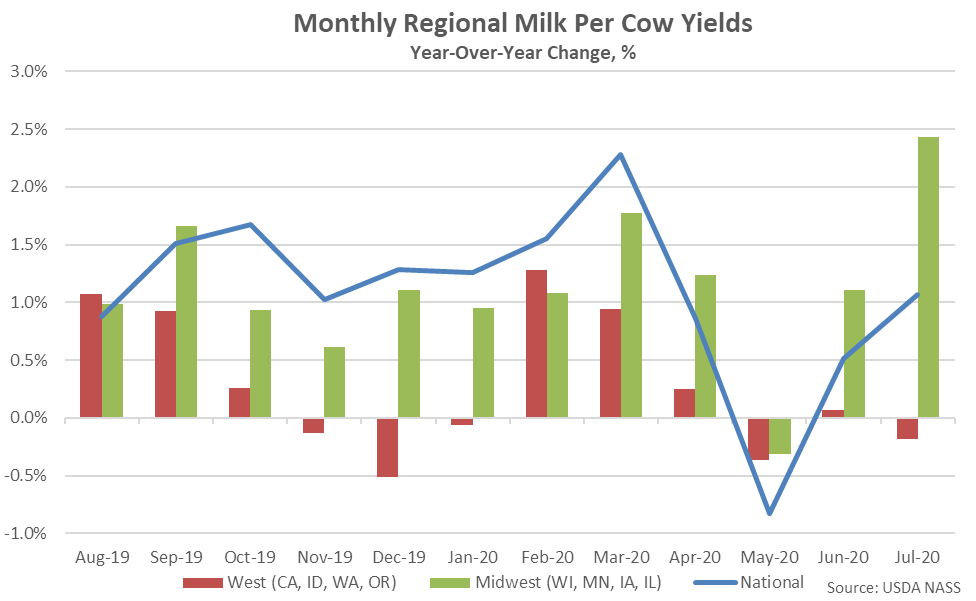 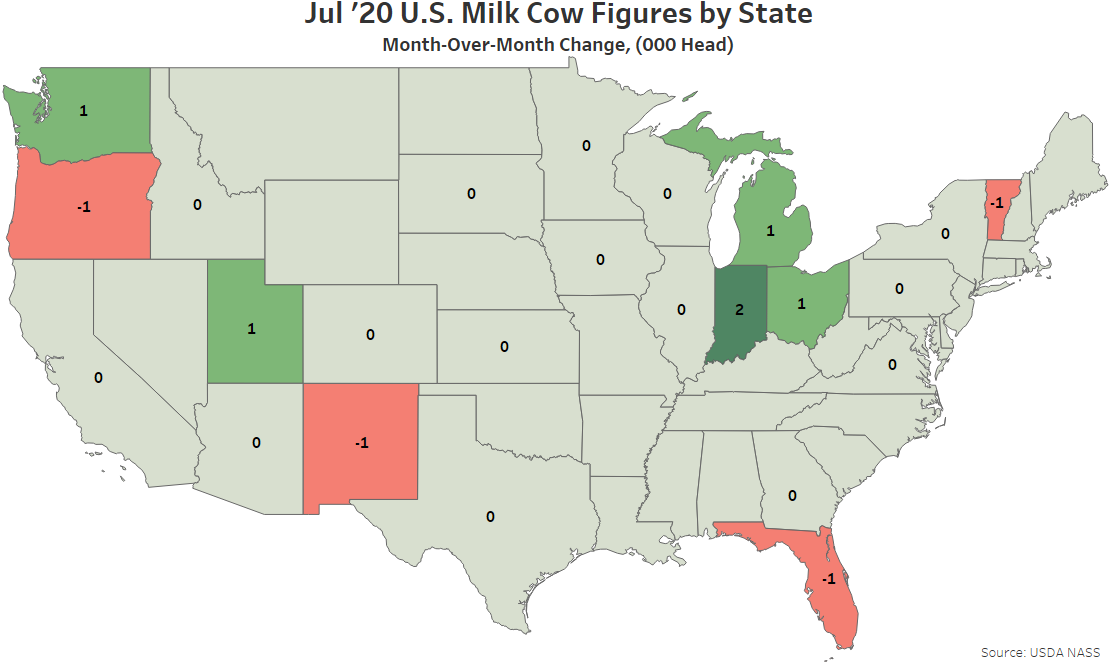 YOY increases in milk cow herds continued to be led by Texas, followed by Idaho and South Dakota, while Wisconsin experienced the largest YOY decline in their milk cow herds throughout the month. 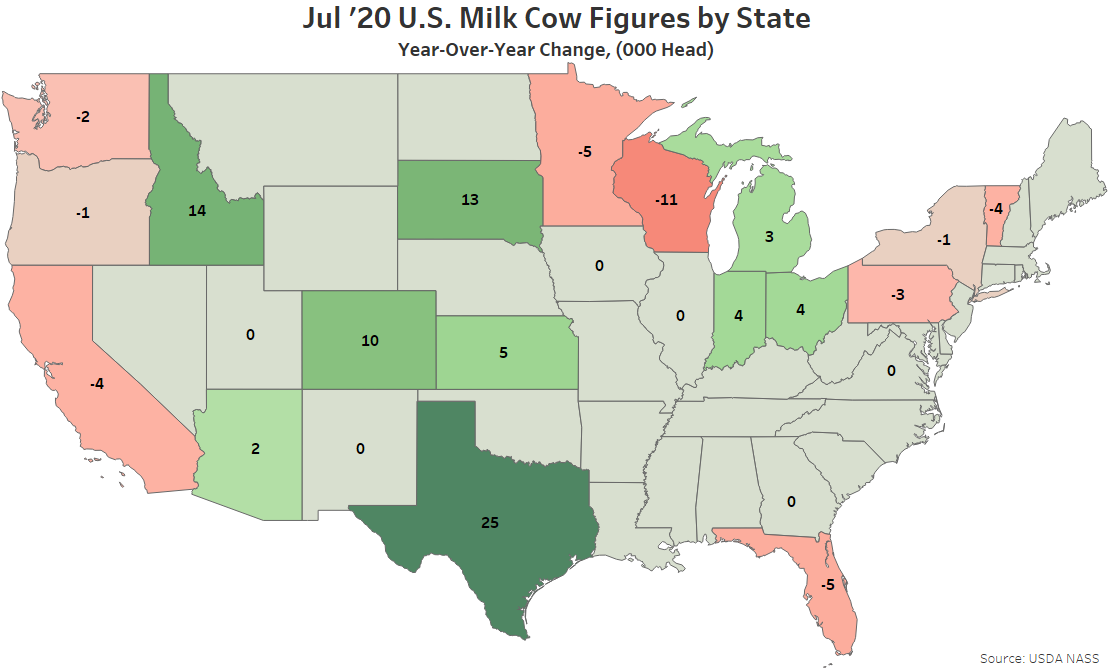